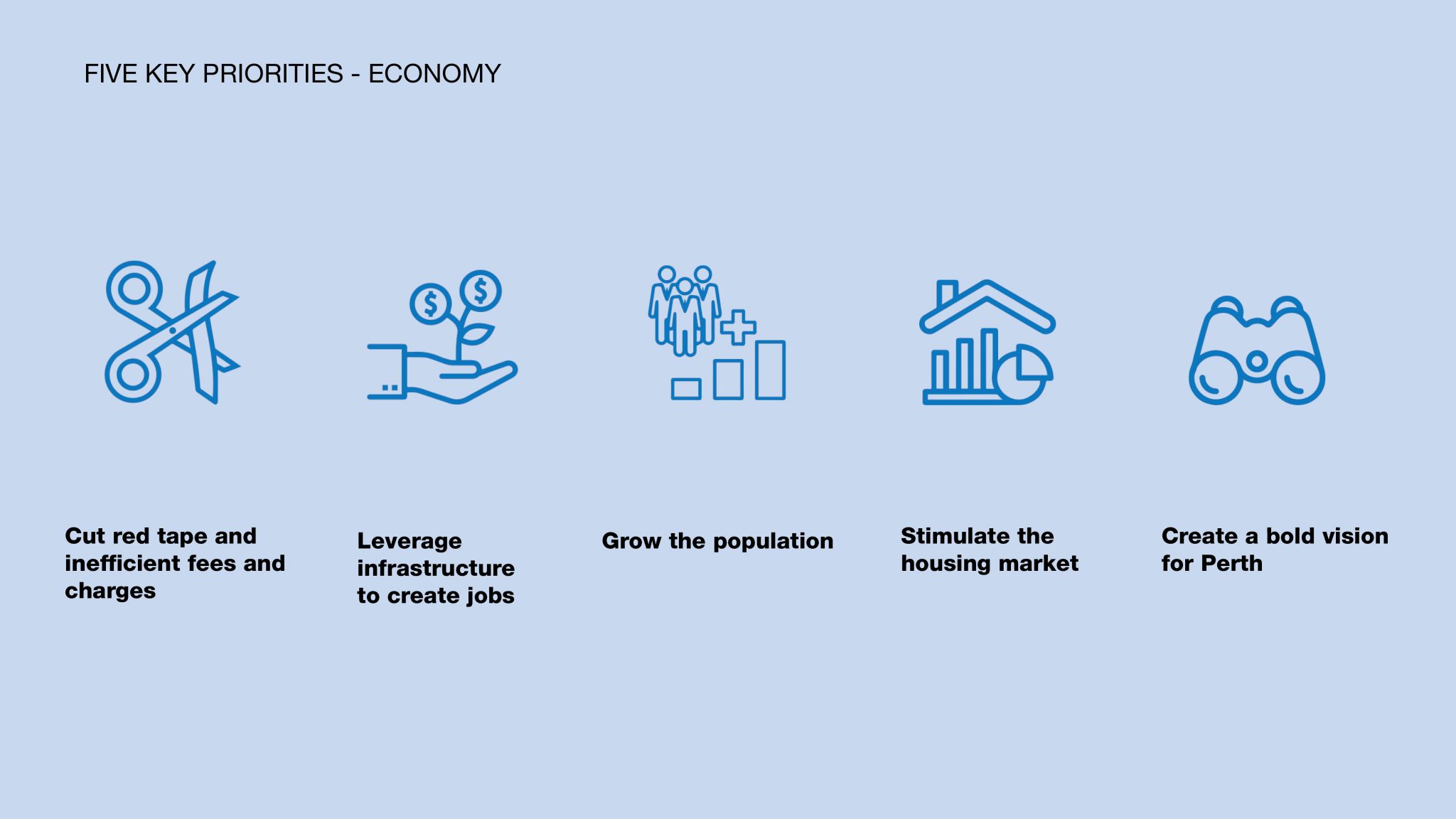 A strong, diverse economy is critical to maintaining our standard of living and securing the state’s future prosperity. The current state government is to be commended for the sensible fiscal management strategy that has assisted in rebuilding the budget surplus after several years of deficit.

However, in recent years the State has suffered with soft economic growth. This has led to population growth stalling with large numbers of people leaving WA in search of jobs in
Australia’s Eastern States. Although unemployment figures have been improving recently, many remain ‘under-employed’ in search of additional working hours. Low wage growth has not kept pace with increases in the costs of living, leaving many struggling to make ends meet.

Against this economic backdrop, the residential property market has experienced several consecutive years of decline, with 35,000 jobs lost in the construction sector alone since
2015. Yet, despite these jobs losses, the urban development industry remains the state’s third largest employer and second largest full-time employer, second to only the resources sector, contributing $27.8 billion to the State’s economy.

The health of the development industry remains critical to the success of the broader WA economy. As such, support is needed to retain jobs within the development sector and ensure its future workforce retains the necessary skills and capacity to provide homes efficiently in times of more normalised level of demand. Without this, the State is likely to experience future housing affordability pressures, harming the competitiveness of our economy.

The State Government should seek to capitalise on the property development industry’s potential for growth, which in Perth alone is estimated to create an additional 5,000 jobs
by 2025, contributing an additional $213m to Gross Value Add. (Bankwest Curtin Economic Centre report, Future-Proofing the WA Economy) Supporting our economy and local jobs is essential to supporting the health and wellbeing of our communities. A long-term vision is needed for Perth to inform strategic infrastructure investment and government policy ensuring that we are able to attract and retain the best and brightest people to our state which will be a critical factor in our future economic success.